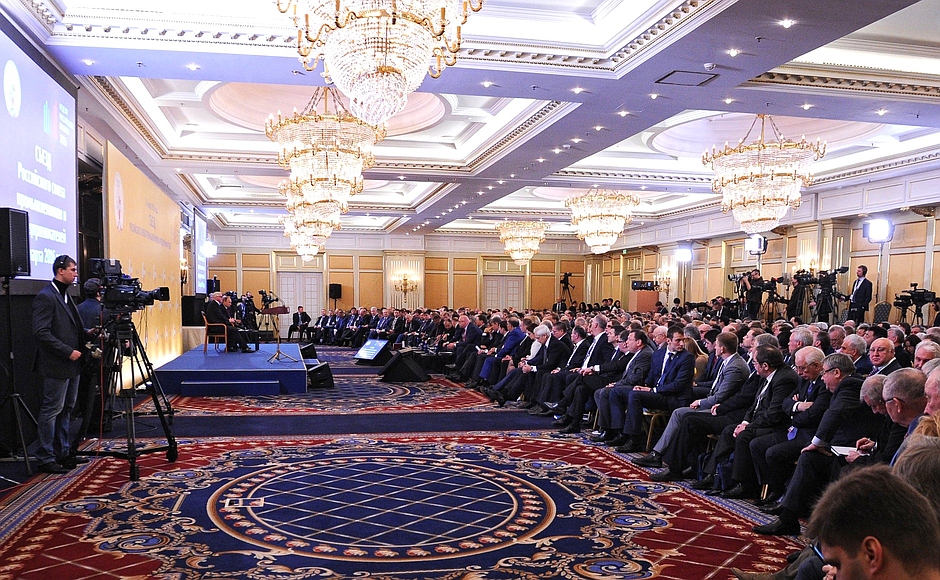 Participants make offerings on current issues about interaction between the state and the business, discuss key economic issues, such as fiscal and financial systems, investment climate, decrease of administrative barriers, labour market and social investment.

In the view of the head of State, work on transparent and civilized rules has become a key to the investment attraction of business. The President said: “To work openly, as we say, is not only a profit, it is a reputation of an obedient taxpayer and businessman proving the attractiveness and sustainability of a certain company or entity”.

He noted that russian business has become «more responsible and mature». The President also drew attention to the fact that the number of domestic companies, which operate on a transparent and civilized rules, is growing.

Additionally, Vladimir Putin have a conversation with representatives of the Russian business community participating in the Forum activities.