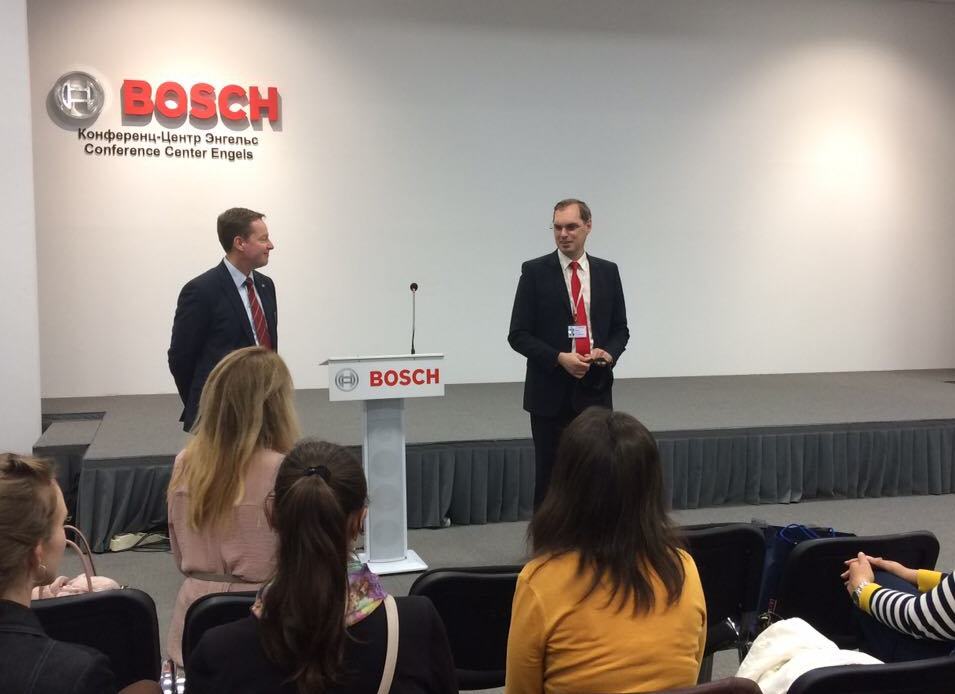 During the event, participants discussed a number of relevant issues. One of the areas that plan to develop is the implementation of energy efficiency measures, including the introduction of modern technologies and equipment that are ready to start production at the Bosch factories. As specialists say “It is not always a question of completely replacing the existing equipment. Sometimes to increase its energy efficiency, it is sufficient to modernize what is already installed. However, it should be borne in mind that most of the same heating boilers that are used in our region have been produced in soviet times. In European countries, the transition to energy-efficient equipment occurred in the 1960s. Most of the constituent entities of the Russian Federation do not have the means to do so. Now, under sanctions, opportunities are even less. The Bosch experts are considered to be more profitable to build domestic production. By investing in energy efficiency programmes in our region, you can launch a pilot project on its basis. And show the whole country how you can save real money.

All the more so as to have the capacity to produce the necessary equipment in the Bosch factories. The production site Bosch Engels is represented by 4 enterprises. The sales volume of the company across Russia is 68 billion rubles. Enterprises employ more than 3500 people. The company plans to further strengthen its position on the Russian market.