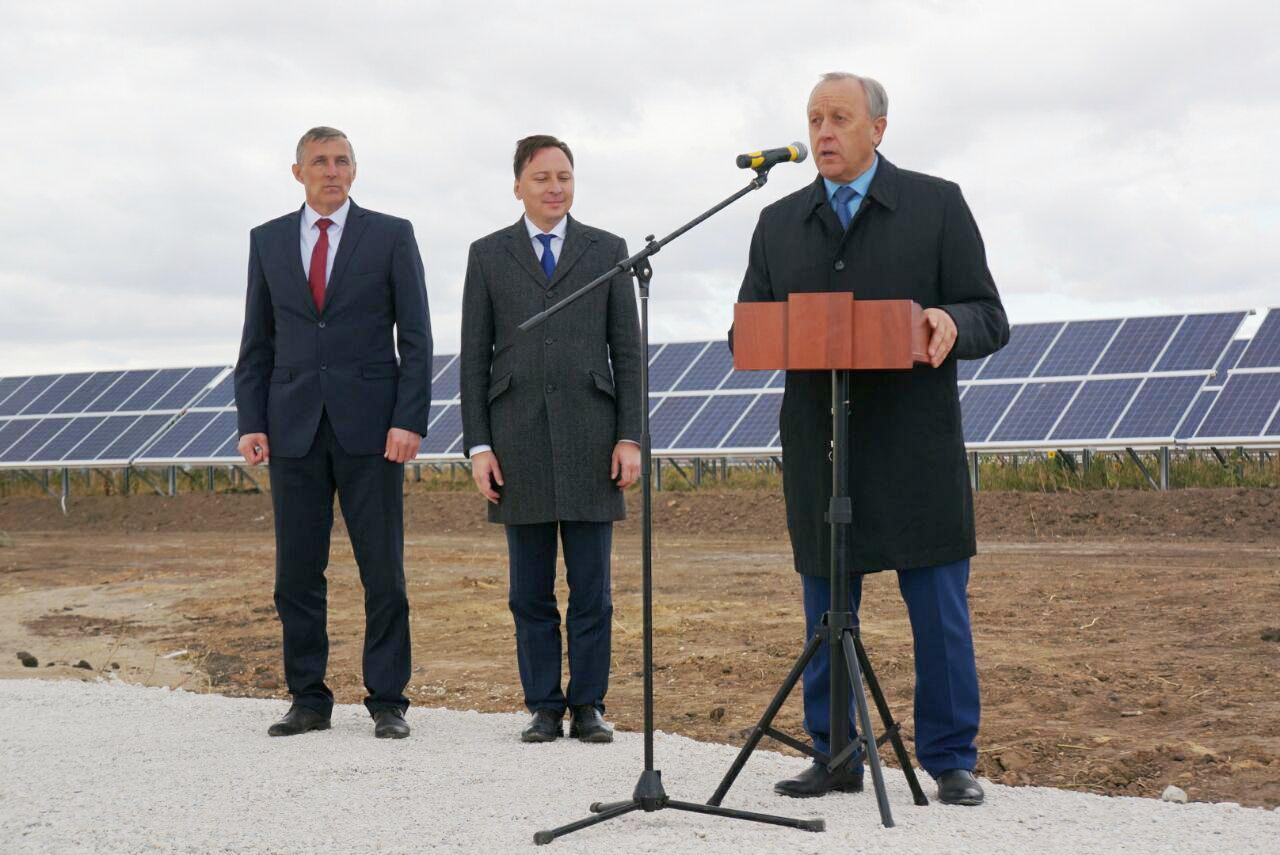 Valery Radaev commented the power plant's launch: "It is very important to us that this innovative project is being implemented in a remote district, almost on the border with the Samara Region. Pugachevsky municipal district is receiving new opportunities and jobs due to power station. This ambitious approach needs to be pursued further. This is the point of the President Vladimir Putin".

General Director of the Hevel Group Igor Shakhrai thanked the Governor for supporting the project. "Despite the fact that the region is considered to beenergy-excessive, the Government of the region has been interested in the implementation of the Renewable Energy investment project. We analyzed the possibilities and we expect to increase power plants to 100 MW by 2020”, said the head of the company.

The power of the first network solar power plant in the region will cover the electricity needs of the entire Pugachevsky municipal district. Investor plans to bring the power plant to the wholesale market for electricity and power in December 2017. 15 workplaces will be created with the opening of the Pugachevsky Solar Electric Plant.

Structures of Hevel Group are the investor and the general contractor for the construction (joint venture of  "Renova Group" and JSC "Rusnano"). In the next two years Hevel will complete the construction of solar-generating facilities on the territory of Ershovsky and Novouzensky municipal districs. The total capacity of all solar power plants in the area would be 45 MW, and the total volume of investments would exceed 5 billion rubles.