Chairman of the State Duma of the Russian Federation Vyacheslav Volodin met with the Iranian delegation. 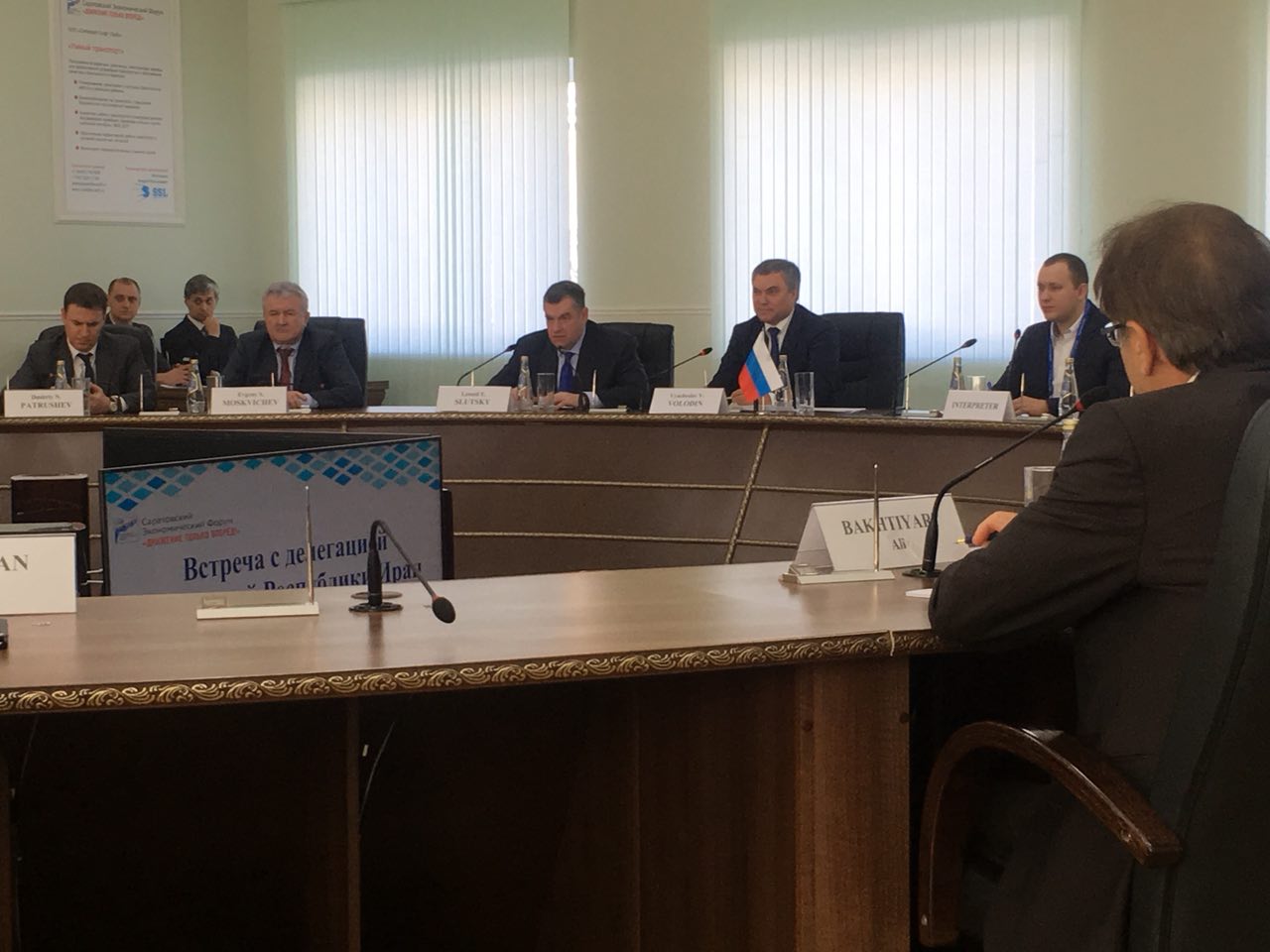 At the meeting within the framework of the Saratov Economic Forum, prospects and directions of cooperation between the region and the provinces of Iran were discussed.

The second day of the Saratov Economic Forum "Moving only forward" was opened by the meeting of the Chairman of the State Duma of the Russian Federation Vyacheslav Volodin with representatives of the Iranian delegation.

During the speech, Vyacheslav Volodin stressed that the relations with the Iranian side, time-tested and mutual trust, should be supported and strengthened, including through the implementation of major projects:

"Colleagues, it is extremely important to develop and support our cooperation. Yesterday you visited a number of enterprises in the region. We proceed from the fact that our partnership relations could develop in the humanitarian, cultural and economic spheres, "the State Duma speaker underscored and thanked representatives of the guests from Iran for their participation in the Saratov Economic Forum. - Our relations are time-tested and have acquired a systematic character. They are built on the principles of mutual respect and trust. The Saratov region is actively establishing trade cooperation with Iran. Prospects for further work are, "- said Vyacheslav Volodin.

Separately, the speaker of the State Duma noted the country's contribution to the fight against terrorism:

"Thanks to the actions of Russia, Iran and Turkey, we managed to overcome terrorism in Syria. If there were no such positions of our countries, blood would be shed in Syria today. It is extremely important that all countries help in the fight against terrorism. "

"Our relations are at the best level. The trade turnover between our countries should grow significantly, for this there are prospects. Saratov is a partner of Iran, we intend to strengthen relations and involve private sector of the economy in this process." - said the head of the Iranian delegation, chairman of the commission on national security and foreign policy of the Mejlis of the Islamic Council of Iran Alaeddin Borugheri.

The head of the delegation stressed that the parties can cooperate in the tourism and transport spheres. Also Alaeddin Borujeri invited Vyacheslav Volodin to return visit to the forum in Tehran.