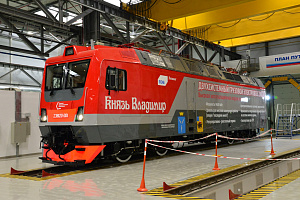 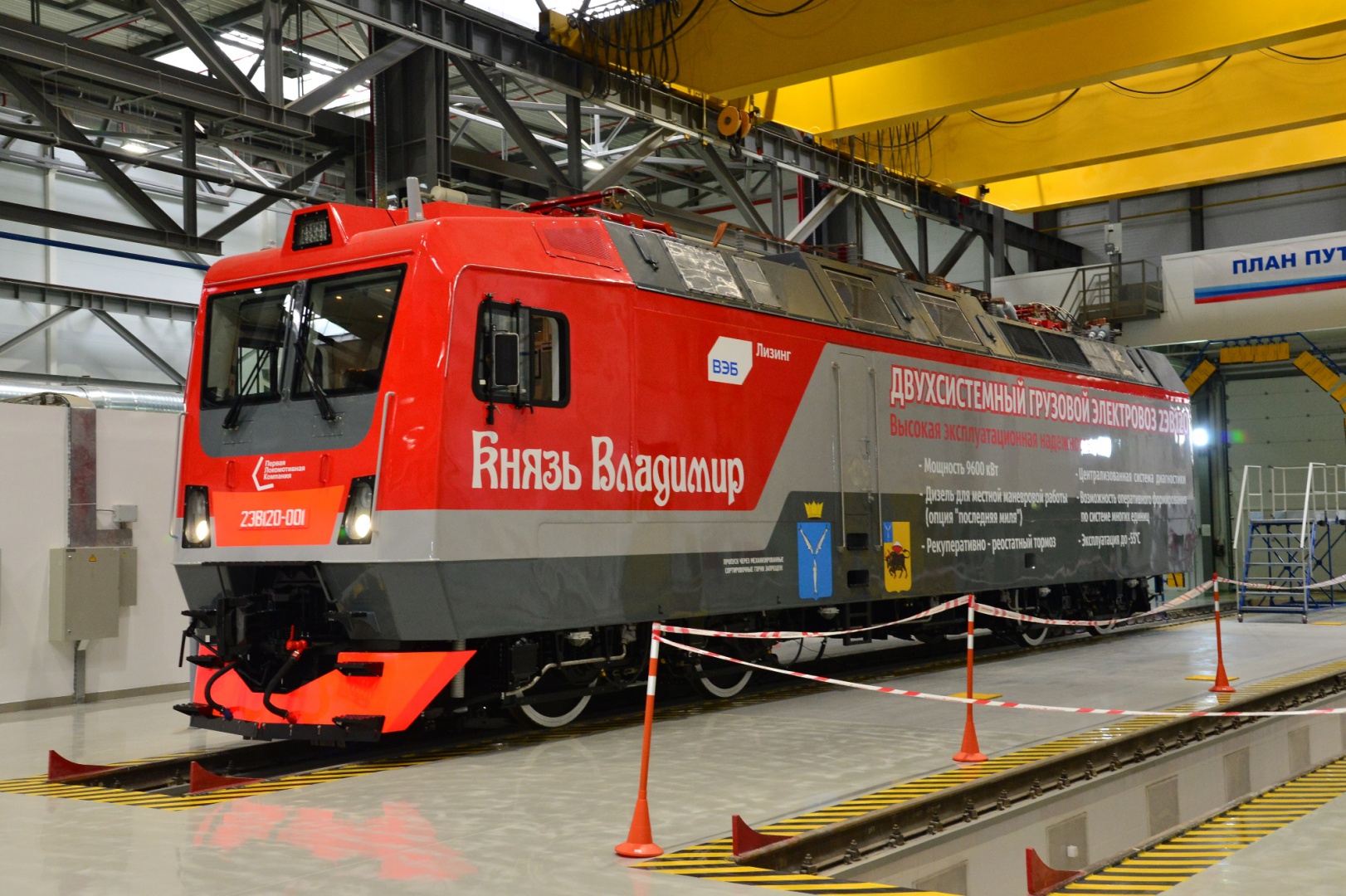 There was realized transport engineering cluster in the Saratov Region in 2015, in connection with the completion of the advance construction of the Engelssky Locomotive Plant.

LLC “First Locomotive Company” was established in 2012 as part of a joint project of russian investors and the world's largest manufacturer of railway equipment – the canadian company Bombardier Transportation GmbH. The aim of the project was to create a two-section cargo electric locomotive for hauling heavy freight trains.

The capacity of the plant is 150 two-section locomotives per year.

There were produced two-section locomotives in 2015. LLC “First Locomotive Company” has initiated a series of testing new products since October 1, 2015.

The new two-section cargo-electric locomotive 2EV120 (constant and alternating current) is intended to drive freight and heavy trains with a total mass of 7000-9000 tonnes on long sections of the CIS railways with a gauge of 1520 mm.

An electric locomotive has the possibility of picking up every section of the locomotive by "Last Mile Diesel". This solution allows the locomotive to be used at the start and end points of the train paths, regardless of the availability of free shunting locomotives.

On 28 December 2016, LLC "First Locomotive Company" received a certificate for the rail transport “IRIS”. This certificate confirms the company's activities for the manufacture of railway equipment (locomotives).

At the time of the enterprise's reaching the project capacity, number of employees of the plant will be about 1700 persons (currently 250).