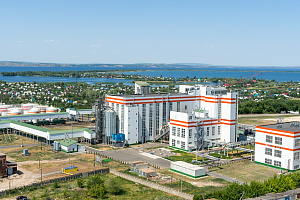 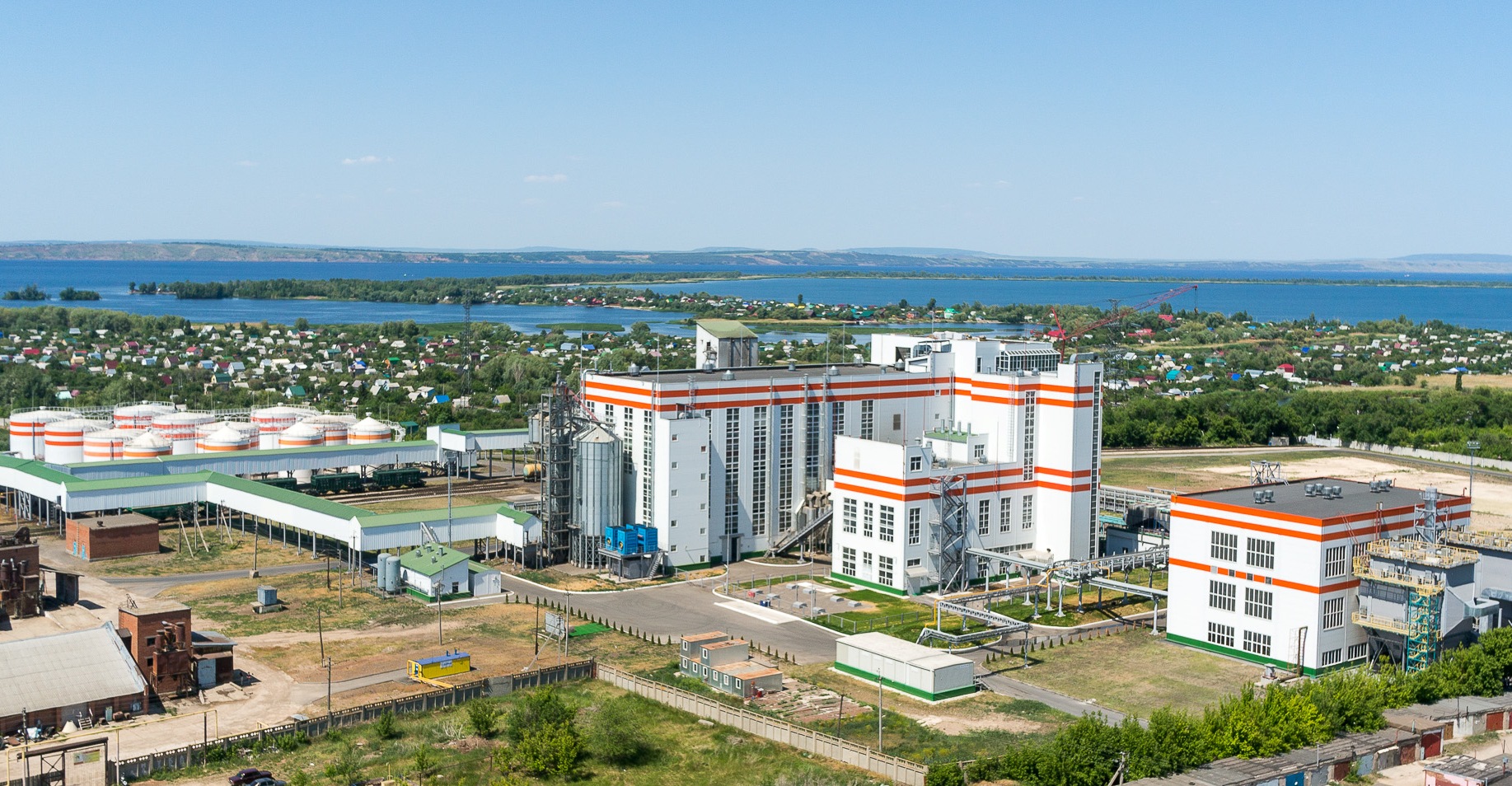 Project name: Construction of oil extraction plant with a capacity of 1800 tons/day.

Balakovo oil extraction plant was built at the initiative of the holding "Solar Products". The enterprise was opened on December 5, 2014. The site for the factory is LLC "Volga Terminal", located in the Zaton (Balakovsky Municipal District of the Saratov Region).

Balakovo oil extraction plant is one of the largest enterprises of the fat-and-oil industry of Russia.

The plant has one of the largest silo complexes in the region to store a grain of 200 000 tonnes.

The important logistical advantage of Balakovo oil extraction plant is the ability to ship finished goods to road, rail and water transport.

Water supply to countries of the Caspian Sea, Black Sea and Baltic basin.

The products produced by the plant (extraction oil, and the granular meal and husk) are delivered to consumers by means of a developed transport and logistics infrastructure: its own port terminal, the railway lines of the federal line and the developed road network.